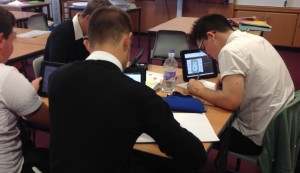 Ethos
The curriculum delivered in RME keeps in mind the main aim in Education; ‘to allow young people to flourish’. European education systems are built on the education model formed in ancient Greece. The Greeks thought the purpose of education was to allow people to achieve ‘eudaimonia’. Eudaimonia is often translated as happiness. However, the concept of eudaimonia is more accurately described as flourishing in the sense of leading a fulfilled, happy and successful life. For Socrates, Plato and Aristotle the way to achieve eudaimonia or to achieve flourishing in one’s life was to be moral or virtuous. The education model in ancient Greece was to look at things, to analyse them and to form conclusions/beliefs. In RME we do the same, we look at life, we examine it and we allow the pupils to form their own conclusions about what is meaningful and valuable in life.

RME in Tynecastle High Schools adopts a ‘personal search’ approach to learning. It engages the pupils in thinking about what is good, worthwhile and wholesome in life. It adopts a ‘Philosophy For Children’ (www.P4C.net or  www.sapere.net ) approach to engaging pupils in the learning process. The process is philosophical rather than phenomenological. It is concerned with analysing morals and principles rather than, for example learning the names of ‘church furniture’.

It is not a transmission of information, but rather ‘a community of enquiry’ which focuses on questioning/challenging beliefs and values, particularly beliefs about what constitutes a good life and how to achieve a fulfilling life.